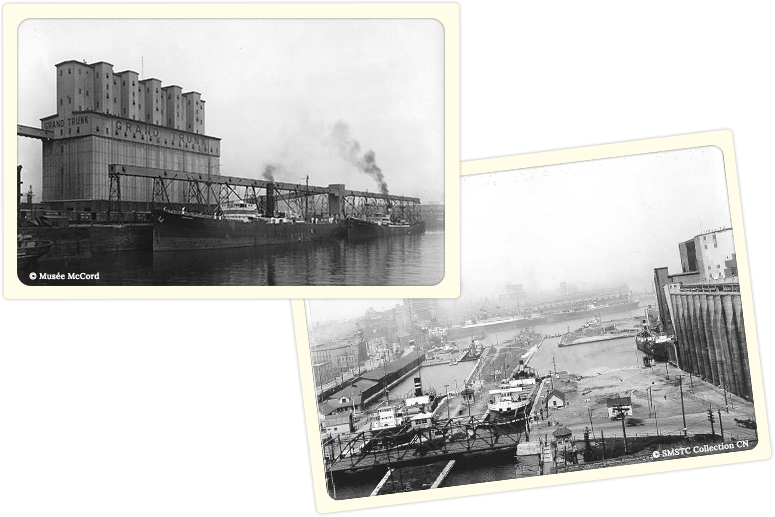 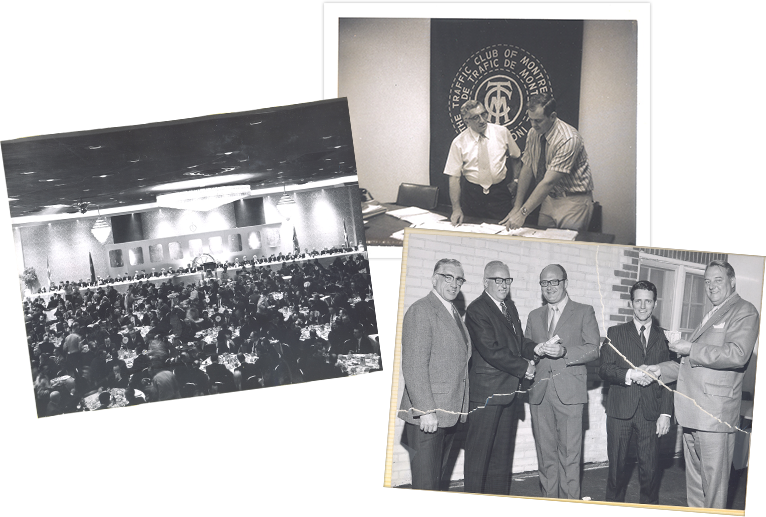 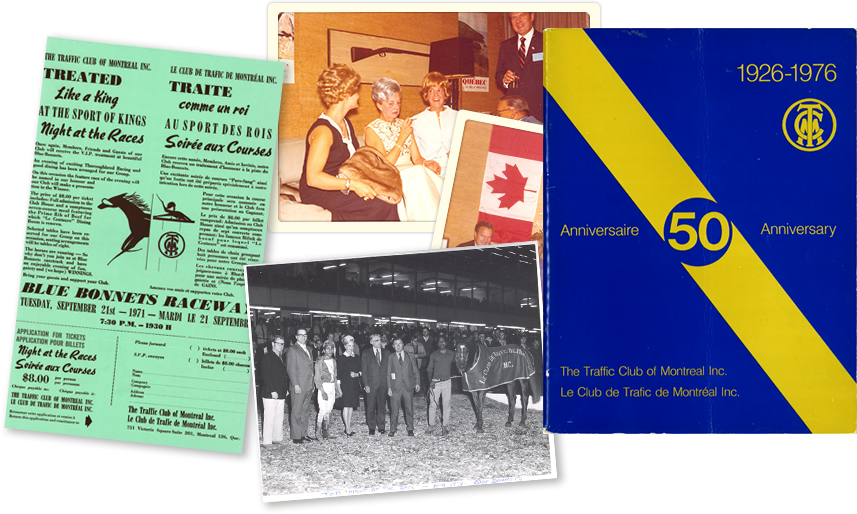 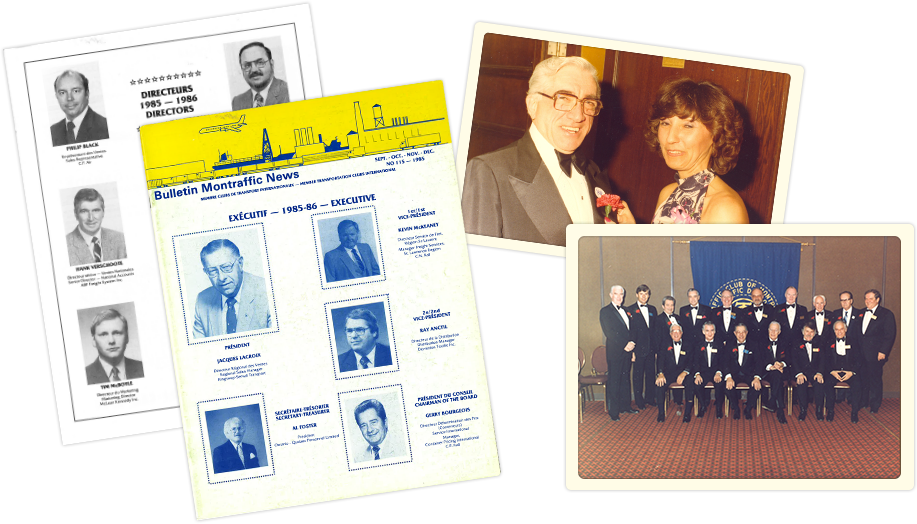 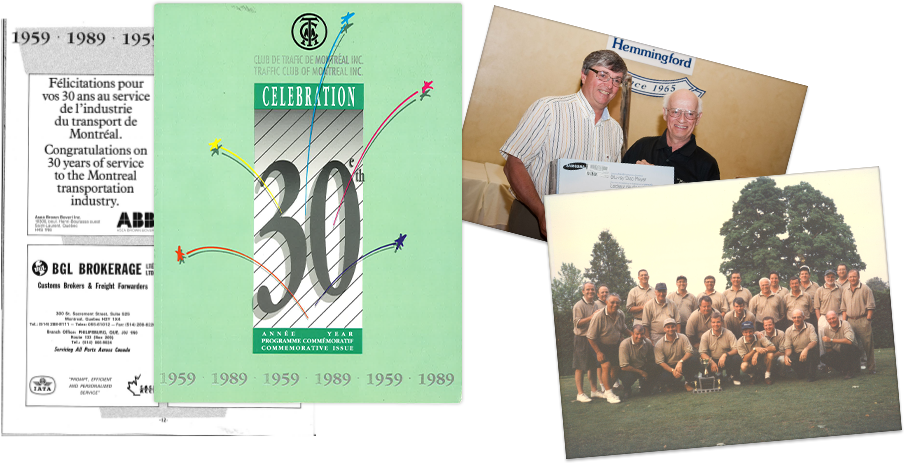 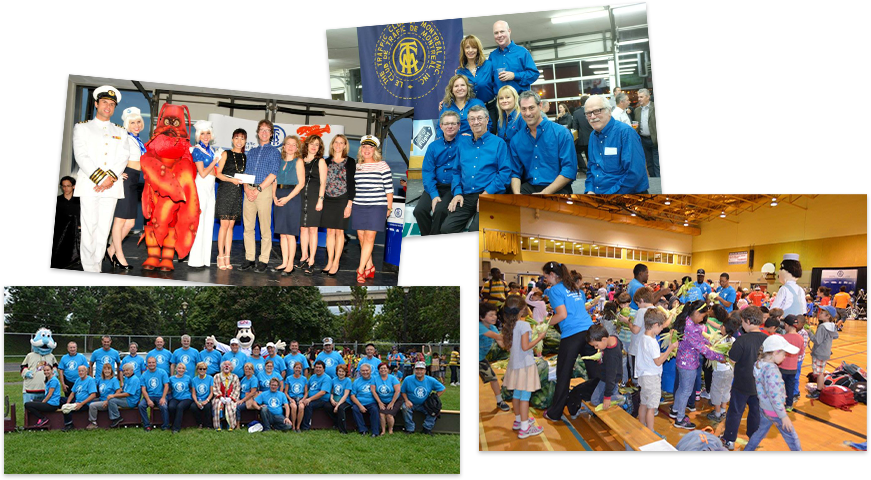 The Club was founded in 1926 through the leadership and vision of Mr. J.K. Smith. The first meeting was held at the Edinburgh Café on St. Catherine Street in Montreal, with an enrollment of 27 members. The successful outcome of the inaugural meeting, resulted in the Traffic Club holding regular meetings at the Queen’s Hotel until 1944. The Club continued to gain momentum and membership from 1926 into the 1930’s, culminating with the adoption of a constitution and by-laws on November 19th, 1941.

With a newly incorporated charter, and with the election of a new slate of officers headed by Norman Van Wyck of Canada Steamship Lines as President, the Club embarked on an ambitious venture to increase enrollment to 600 members. The Club was now in full expansion and was Montreal’s premier transportation association.